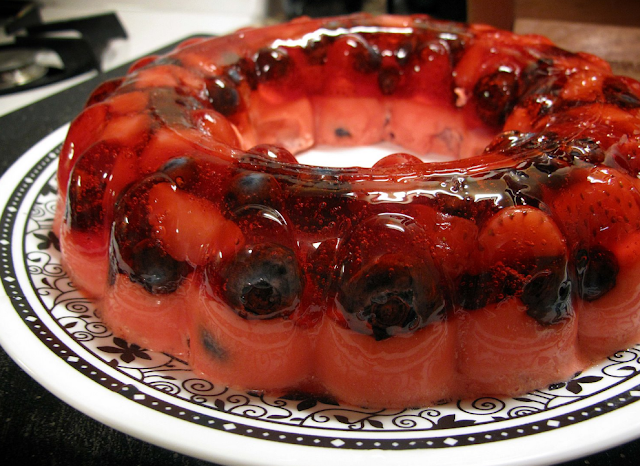 There seems to be one particular dish that has made its way to just about every funeral buffet I've ever attended, and that is the jello mould.

From the mountains of fruit- and marshmallow-filled offerings brought by Mormon neighbours to the creamy coconut jelly I saw quivering at a Buddhist Chinese ceremony, the ubiquitous jelly seems to have infiltrated mourning services worldwide.

Occasionally referred to as a jello salad (for reasons I have yet to sort out, as I tend to see salads as vegetable dishes notably lacking in jiggle), these voluptuous variations had their heyday in the 1950s, and have yet to disappear from mainstream culinary culture.
Whether it's someone's great aunt who makes the dish that has been her signature fare for the past 60 years, or a hipster who has discovered their parents' novelty cookbooks and has made something for nostalgia's sake, someone will inevitably show up with one of these babies to either the absolute delight or chagrin of everyone in attendance. 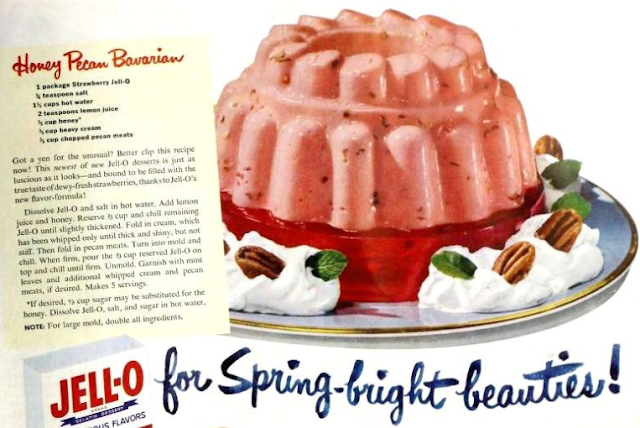 I did a recent poll on Facebook to gauge people's reactions to these dishes, and they were pretty much split down the middle as to whether they considered them treats or travesties.

The ones who were nauseated at the mere thought of eating them shared horror stories about horseradish and cranberry concoctions, or shredded cabbage suspended in orange wibble. In contrast, the fans ululated praise for canned pear slices in lime gelatine, or citrus celebrations of layered yellow and orange packed with pineapple chunks and mandarin slices, respectively.

Personally, I've always associated Jello with being sick, as it was a mainstay in my family's fridge whenever one of us was ill... which was often.

I suppose that memories such as those can be very comforting to many people, and loath as I am to admit it, it's a food that's fairly easy to knock back when one has a knotted belly or a sore throat.

Since I really can't put together a collection of funerary dishes without including a Jello something-or-other somewhere, I shall share a recipe for a wobbly sangria ring.
Why?
Because quite frankly, both funerals and gelatine desserts are far more tolerable when there's a copious amount of alcohol involved. 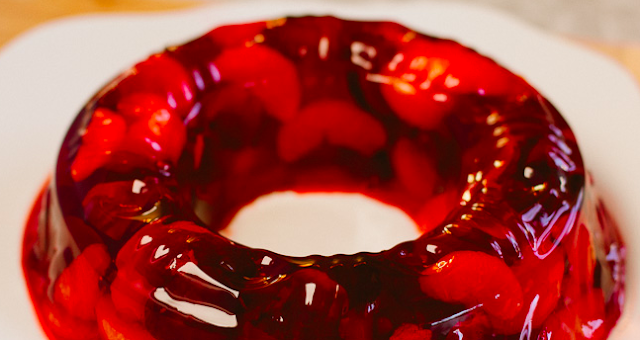 
*If you absolutely have to make this alcohol-free, you can swap in a high-quality grape juice instead of the wine.
I suppose.

Grease a 6-cup ring mould or bundt pan with cooking spray, and set aside.

Heat wine to boiling in a saucepan, remove from heat, and stir in the gelatine powder. Use a whisk to ensure that all of it dissolves, and then set it aside to cool for about 10 minutes. Refrigerate until it just starts to firm up a little bit: maybe 30-40 minutes at most.

Remove from the fridge and gently fold in all the fruit. Use a spatula to transfer this into your prepared ring mould, taking care to distribute the fruit as evenly as possible. Pop it back into the fridge and cool for at least 6 hours (although overnight is best).

Invert over your serving plate and shake gently to dislodge it. Be sure to cheer heartily when it plops out looking like an exotic, if rather wobbly jewel. 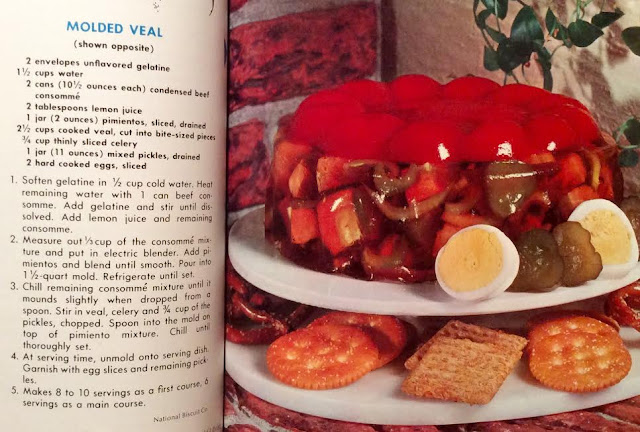 Note: nostalgic food can be great, but only if significant effort is made to make it appeal to modern palates.

If whatever gelatine thinger you choose to prepare contains meat, celery, cottage cheese, olives, pimentos, tuna, or eggs, you will be shunned by your family members as well as your friends, and you will deserve every moment of it.